Everything started in a beautiful spot, with small barns which included the one called Bourdalat (the current holiday accommodation). 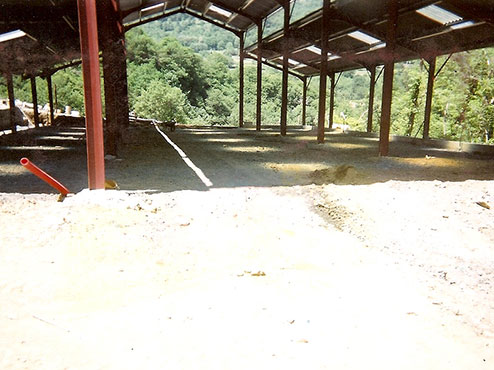 At the beginning of the 90s his son Pierre, a horse-lover, acquired his first mare, Vanessa, who later had a foal.
A little later: after the death of Jean in 1993, his sons Alain and Pierre took over the land in the area. In 2004 they decided to set up a Riding Farm, on the strength of Pierre’s interest in horse breeding. When they came to choose the name of the new enterprise it was obvious: the Bourdalat Horse Farm. They took on Pierre’s son, young Gauthier, then studying Agriculture, as a “family assistant”, and started work on the stables, part of the current riding school building, and turned the main Bourdalat barn into the Reception area or clubhouse.

In 2011, Gauthier set up as a young farmer, and took over the reins of the horse farm.

Since then, with his wife Stephanie he has developed the family business by creating holiday accommodation in 2012 where the reception area had been, enlarging the riding school, building a concrete section and showers for the horses, bathrooms and lockers for riders in 2015, and finally finishing work on a heated fully-equipped office/clubhouse in the stables where riders could get together (snacks, drinks, lessons on equestrian theory…) in September 2017. And lots more projects are in the pipeline !

What’s more, since August 2016 the family has grown, with the arrival of Enora, Gauthier and Stephanie’s daughter. No doubt a future horsewoman ! 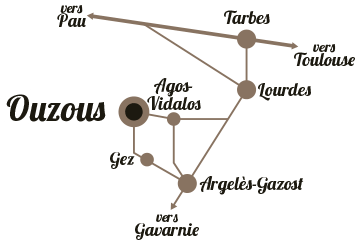